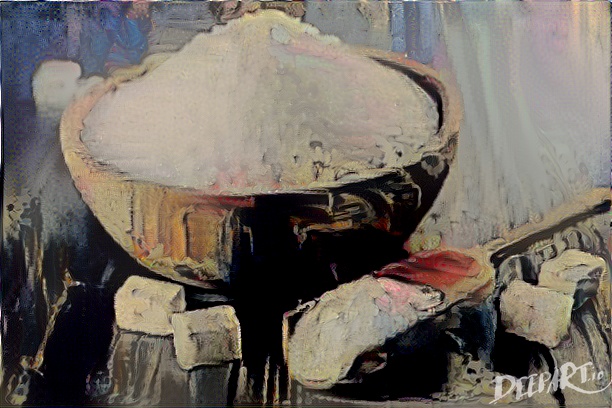 Nigeria will in the first quarter of 2019 begin the production of ethanol and glucose syrup from sweet sorghum for industrial use. In this interview, the Director General of Raw Materials Research Council (RMRDC), Dr. Ibrahim Hussaini Doko, explained the journey so far and the drive to also make animal feeds from the crop.

What is sweet sorghum and what are the attributes that make it a better alternative to other raw materials for animal feeds?

The term sorghum involves a considerable group of annual herbaceous C4 species. They are members of the Poaceae family used for centuries in many African countries. In Nigeria, sorghum is cultivated extensively in most parts of the North for its seed which has various industrial and food applications.

However, sweet sorghum is a more recent group of plants, derived from the existing species/subspecies from their hybridisation. It is also classified as a member of the sorghum genus. Sweet sorghum produces stalks that have a high concentration of fermented sugars which have become very important in ethanol production. The sweet sorghum cultivars are of great interest because they produce important amounts of sugar which accumulate in their stems in a very short period of time. This is due to an enhanced glucose production capacity per leaf area surface.

In sweet sorghum, biomass synthesis occurs with relatively low energy, chemicals and water inputs, which are typical of C4 plants but that are more significant in this particular case.

There are several advantages of growing the crop for bioethanol, glucose syrup and animal feeds. First, it is hardy and thrives in arid conditions such as where precipitation is low and access to irrigation water is limited.

Second, yields of syrup and bioethanol from sweet sorghum are comparable to that of sugarcane and better than cassava. It is a short duration crop which can be grown twice in a year.

While grain sorghum is used for human food, forage and animal feed, sweet sorghum combines both attributes with the production of edible syrup.

Various studies have also indicated that sweet sorghum is the most sustainable ecosystem for renewable fuel, syrup and animal feeds production as it provides the most efficient use of land, water, nitrogen and energy resources.

Do you think this plant will perform well in the Nigerian environment?

One of the very important features of the sorghum family members is their tolerance to drought. Actually, these plants can become dormant under adverse conditions of long-lasting drought and can restart growing after a relatively severe lack of water. Various studies have outlined the best practices for sweet sorghum production. These conditions are prevalent in most parts of the North where sorghum has been cultivated economically and sustainably for decades by local farmers. Studies have also shown that for satisfactory yields, sufficient temperature levels are necessary. These should include a minimum soil temperature of about 15C while the optimum temperature for growth is about 30C. Rainfall regimes should be between 400 750 mm per year. These conditions are prevalent in most parts of the North. Fertiliser application will depend on the total above-ground biomass production and on soil characteristics of the various growing areas. For medium to rich soils at a favourable temperature, water, and fertiliser conditions, the fresh biomass productions of 70 to 90 tonnes per hectare can easily be obtained.

In some cases, however, the sweet sorghum productivity may be even higher. These practices have been observed by local farmers for decades and Nigeria is one of the major producers of sorghum in the world. As these conditions are also what is required by sweet sorghum, it is believed that its cultivation will succeed in Nigeria.

What really does the council want to achieve with this?

The primary objective of the council is to develop sweet sorghum value chain in Nigeria and also to promote the venture as small/medium enterprises in rural areas using the village model system. Emphasis is being placed on the production of glucose syrup and bioethanol for industrial and energy uses.

Presently, the primary source of glucose syrup and bioethanol in Nigeria is from starch which is obtained mostly from cassava. Although the country is the highest producer of cassava in the world, its consumption as a staple food and its high cost makes it too expensive and mostly unavailable for the few industries producing starch for syrup production. This makes Nigeria to depend extensively on the importation of syrup.

Ekha Agro Farms Limited, located at Km 25 on the Lagos-Ibadan Expressway, is one of the few companies producing glucose syrup from cassava starch. It produces about 26 per cent of national demand, while more than 70 per cent of the national requirement is still being imported. Apart from this, Nigeria imported over 71,900MT of ethanol between 2011 and 2017 value at 200 billion naira for various industrial applications. The need to stem this tide and make the nation self-reliant in the production of bioethanol and syrup made the council to initiate this project.

What are the immediate plans and what have you been able to achieve so far?

The first priority of the council was to introduce improved sweet sorghum varieties into the relevant ecological zones in Nigeria. This was done in collaboration with the Niger State Government of Nigeria. Eleven sweet sorghum lines from Beijing Sangliang Technology Development Centre (STDC) were obtained and evaluated on a 50-hectare farm at Tegina in Niger State in collaboration with Institute of Agricultural Research (IAR), Zaria. This was to establish the adaptability of the Chinese lines in Nigeria. It was also carried out to see how the plant will react to local pests and diseases. The parametres determined during the trial were the plant height, days of maturity, the yield of grains/hectare, the yield of stem cuttings/hectare, brix content/plant and stem diametre. The multi-locational and on-farm trials on nine lines were evaluated in 2017 in Samaru, Kaduna State, Tegina, Niger State, Saminaka in Kaduna State, Gabasawa in Kano State and Bakori in Katsina State.

So far, the results are very encouraging. The results of the evaluation trials satisfied the first step of the protocols for registration and release of new varieties while the 2017evaluation combined locations for agronomic traits of sweet sorghum lines. As a result of these, the importation of sweet sorghum seeds should be drastically reduced in no distant future.

A number of private sector investors and state governments have indicated interest in the sweet sorghum value chain development exercise in Nigeria and we are collaborating with them to work out the modalities for achieving this. The council has also started the process of encouraging farmers to go into massive planting of sweet sorghum this year, 2019, planting season.

I wish to state that the samples of the grains produced from the planting exercise have been sent to SONA Foods Nigeria Limited for analyses while the samples of the cane have been given to SHETSCO and the National Research Institute For Chemical Technology (NARICT), Zaria, for glucose syrup and ethanol production. Likewise, we are collaborating with the Food, Agro and Allied Industry in Sango Otta to evaluate the potentials of the sweet sorghum developed by the Council.

How far have you gone with the fabrication of the plant locally?

An audit of the processing facilities required for the production of glucose syrup and ethanol has been carried out. The major equipment required are weighing machines, conveyor belt, shredder, press, digestion chamber, maturation chamber, and evaporator. In view of the paucity of foreign exchange, the council has commissioned Bonaffairs Nigeria Limited for equipment design and fabrication. It is our intention that by end of the first quarter of 2019, the equipment would have been fabricated, tested and commissioned for the production of syrup and ethanol for various industrial uses. Two of the councils engineers have undergone training in China on the design and fabrication of the requisite equipment and they are coordinating the equipment design and fabrication exercise.

What are your projections on this project?

As I said earlier, the world is moving gradually from fossil fuels to biofuels. While our initial plans are to satisfy local industrial demand of glucose syrup and ethanol for use in our different industries, our projection is to encourage production of adequate and sustainable quantities of bioethanol for all the markets where it is required globally. These are beverages, pharmaceuticals, confectioneries, cosmetics and other industrial applications including fuel producing industries. This will ensure that Nigeria also contributes to the elimination of global warming by the replacement of fossil fuels by biofuels in several areas of industrial applications locally. This may take some time as a result of the level of technological advancement locally.

However, with the approach we have already introduced, it is my belief that this is achievable and will positively impact on our industrial development aspirations.